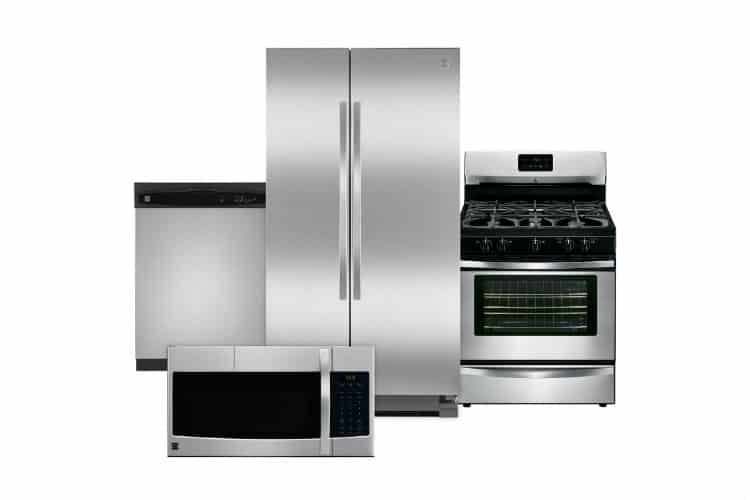 Sears announced this morning they forged an agreement with Amazon to sell Kenmore branded appliances on Amazon.com. Also, all Kenmore Smart Appliances will feature Alexa integration.

The companies have agreed to eventually make the full line of Kenmore appliances available on Amazon’s platform. Also, Sears will provide its white glove service that includes delivery, installation, and repair.

The news was applauded by Sears investors as its share price jumped 19% in early morning trading. On the other side, the news hit like a brick on Home Depot, Lowes, Whirlpool and other companies heavily invested in the appliance space.

Collectively that group lost as much as $13 billion in valuation on Thursday.

The 2016 holiday season was miserable for Sears. Same store sales declined a little over 10% versus previous season.

The company has been one of the hardest hit old world retailers and has been closing stores and raising cash through various means for a couple of years now.

Right after Christmas, the company announced about 150 store closings and as of June has added a few more stores to the list. The total now is at 236, or about 17% of its stores in operation in 2016.

WHY AMAZON PROBABLY DID NOT BUY SEARS

With a market cap at about 1 billion, Sears seems like a good option for a takeover. Amazon would have received the Kenmore and Die Hard brands in a deal, both still resonate well with consumers.

The problem is all the mall real estate and debt burden, including pension liabilities that Sears is trying to renegotiate and reduce.

By purchasing Sears outright, Amazon would have been on the hook for all debts and contracts. Not something that Amazon would likely be interested in dealing with.

As long as the retailer is on its own, creditors are more apt to work with them to avoid bankruptcy.

This worst case scenario could be possible through a so called pre-packaged bankruptcy. In that process terms are negotiated with debtors prior the filing of the bankruptcy.

Of course, if Sears can find a way to turn around its fortunes, the collaboration is a good deal for both companies. Sears can concentrate on streamlining profitable stores while gaining increased revenues from appliance sales on Amazon.

CEO Eddie Lampert has been fighting to keep Sears out of bankruptcy and working hard to turn the company around. His hedge fund is a major unsecured creditor in Sears. It has lent Sears over $500 million of unsecured money to stay afloat.

The cash from Lampert’s hedge fund, ESL Investments, and his massive ownership of the chain’s unsecured debt kept some investors hopeful that it would avoid filing Chapter 11 bankruptcy.

This deal with Amazon may be the first real sign of light at the end of the tunnel for Sears. So that may have fueled the rally in the stock price.

Sears was founded in 1886 as a catalog company. For most of its existence, it published catalogs and operated a mix of retail and catalog sales operations.

The company at one time even ran Sears Catalog Sales Stores in rural markets. These stores were mini showrooms for larger items such as appliances and provided a pre-online world in remote areas with products typically only available in urban markets.

Through the years, Sears experimented with other specialized store segments. At one time having over 3500 stores across all divisions. For many years the company was the largest retailer in the United States.

Today, after mergers with K-Mart and sharp reductions in unprofitable stores and store concepts, Sears operates around 695 stores across all divisions.

When one looks at the ideas that Amazon has floated through the years, many similarities exist between the old world model of Sears and the new world tech driven model by Amazon.

Most notable are the catalog show room stores that Sears pioneered in rural America. Amazon is considering building a network of such showroom stores and appliances would be a perfect fit for that concept.