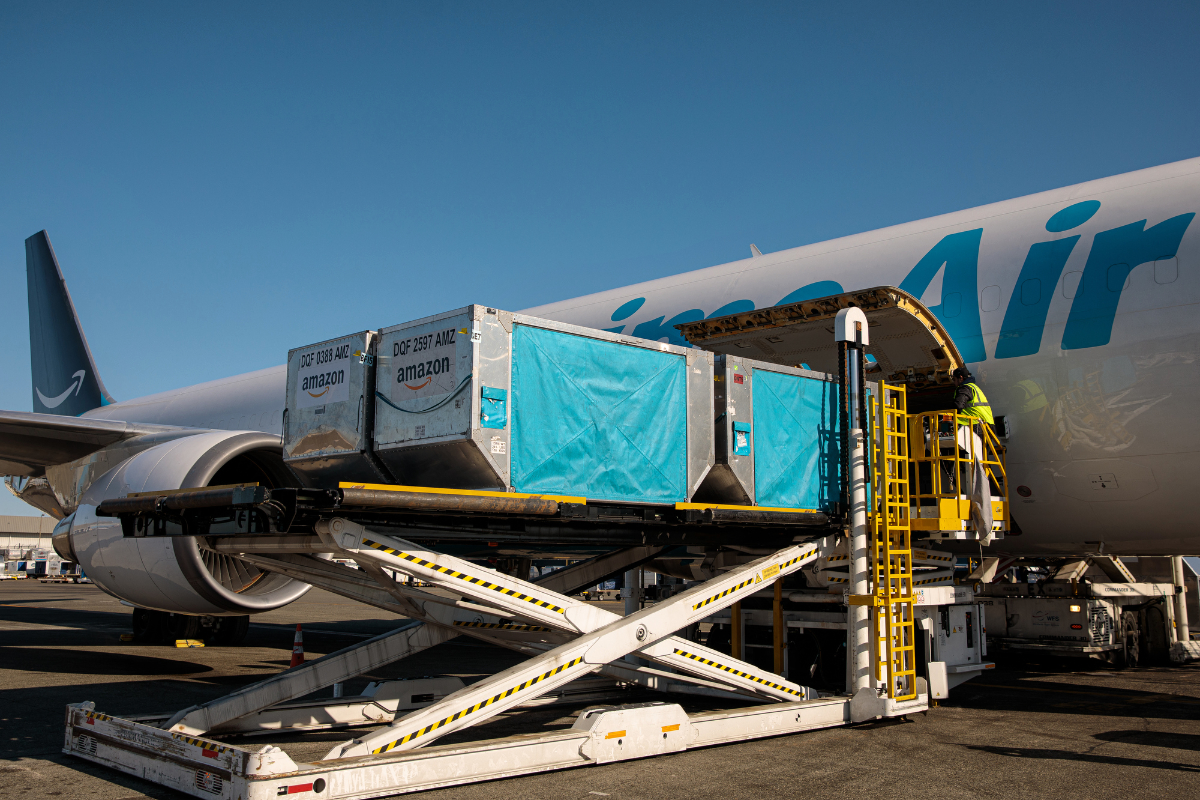 Amazon is hunting for big cargo jets to complement their existing air and sea logistics operations, according to Bloomberg citing people familiar with the matter.

The company is looking for long-range Boeing 777-300ER and Airbus A330-300 aircraft refurbished for cargo operations to enable it to move goods across continents. Currently, Amazon operates smaller Boeing 737 and larger 767 cargo aircraft domestically and appears to have no plans to shift the larger 767 planes to help with international operations.

The long-range Boeing 777-300ER and Airbus A330-330 aircraft would allow Amazon to move large amounts of cargo between continents, including importing goods directly from China.

Bloomberg’s sources say Amazon is seeking ten Airbus A330-300 aircraft along with crews to fly them. It is also interested in an unspecified number of Boeing 777-300ERSF freighters, dubbed “The Big Twin”, which will become the largest freighter in the skies when it launches in 2022.

The Boeing 777-300ERSF will slowly replace an aging fleet of Boeing 747 cargo jets that have been hauling freight all over the world for decades for many air cargo operators.

In August, Amazon opened its US domestic air hub at the Cincinnati/Northern Kentucky International Airport where it previously shared ramp operations with DHL Express. The company also operates a fledgling European air network using Leipzig, Germany as its air hub.

Both Amazon air hub are also Super Hubs for DHL, suggesting Amazon planned to partner with DHL to help it connect its two “domestic” air networks. But that may now have changed, somewhat.

If the report by Bloomberg is correct, it appears Amazon will be expanding its own air networks sooner than later with long-range air cargo capacity. Besides offering cargo flights from supplier countries like China, Amazon could also leverage the new planes to fly between both of its air hubs.

This could be another significant indicator that the company eventually plans to become a logistics competitor to UPS and FedEx offering transportation and possibly delivery services to outside shippers.

Amazon already moves air mail for the US Postal Service in the United States.

Therefore, offering its air cargo services to others wouldn’t be a stretch as no one likes flying nearly empty planes. Amazon is all about being efficient and it will find ways to fill those aircraft, no matter where they are going.