Last week I wrote a story how innovation had truly been lacking at Apple in recent years.

I mentioned how perhaps more than ever Apple needed that famous Steve Jobs “One More Thing”.

So as I write this article right now I have a screen open watching the Apple Event live. Let’s take a look at what they have for us.

Welcome to the Steve Jobs Theatre

Tim Cook takes the stage at the brand new Apple Park Steve Jobs Theatre.  Welcoming everyone with a nostalgic video of Steve Jobs talking about the vision of Apple.  A fitting start to today’s event.

Tim talks about the design and completion of the new Apple Park at Cupertino, which is powered by 100% renewable energy.  This includes one of the worlds largest onsite solar installations.

This will be an Apple hub where engineers and designers can work together.

In my opinion this is the best start we could hope for, hearing Steve’s voice and in the Steve Jobs Theatre…will his presence bring with it innovation?

They spend some time talking about how they are re-designing the Apple retail stores with a much greater emphasis on learning, creative collaboration and entrepreneurship.

They became the shop of the future once before, and it sounds like they are doing it once again.

Let’s get on to the products.

The Apple Watch was previously the 2nd most bought watch in the world.

It is now Number 1.  This is an incredible fact which even a traditional watch guy like myself cannot fail to be impressed by.

They have drawn a large amount of attention to the health benefits the Apple watch has encouraged along with the various activity with the new fitness tracking tools.

Whether you like the watch or not you cannot argue that this does have some serious health benefits.

The Apple Watch has gone cellular! This means for the first time you can make and receive calls from your wrist. You can link the watch with your iPhone so that your number remains the same.

A further example of Apple doing what they do best by keeping customers tied in to Apple eco system.  To make the most of cellular watch you will need an iPhone.

With all of this increased tech of antennas, sim functionality etc, the design and tech team have managed to make the Apple Watch Series 3 the same size as series 2.

Impressively Apple give us a live demo of the cellular watch on stage.  We see a call to an Apple employee on a paddle board having a watch to watch convo.  Her wrist by her side with an impressively clear audio experience.

I will keep this super simple.  There is no real innovation here other than adding 4k compatibility.

iPhone 8 and iPhone 8 Plus

We have some brand new design here which features a new glass front and back and according to Tim Cook is the most durable in a smartphone. 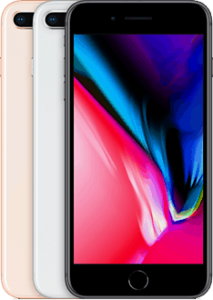 The iPhone 8 will once again be fully dust and water resistant as was the iPhone 7, unsurprising as a step backwards here would have been disastrous.

The iPhone 8 features new stereo speakers which are 25% louder than those on the iPhone 7.

Now onto the boring stuff for most of us.  The iPhone 8 is powered by a brand new chip, the A11.

This is the most powerful in a smartphone, features a 64 bit design with 6 cores.  In Dave speak this translates to the usual stuff that it is faster than the last, in summary, as to be expected.

Now onto some exciting tech news.

They also showcase a MLB baseball app which utilises AR in a real life game to give player stats on your screen in real time.

Whilst not true innovation, they will be utilising Qi chargers to fulfil this ability.

On to the pricing the phones now come in just two versions, the starter 64GB version and a beasty 256GB version. The starting price for iPhone 8 64GB will be $699 and for the iPhone 8 Plus will be $799.

WE HAVE ONE MORE THING!!!

Most likely to commemorate the 10 year anniversary of the original iPhone released in 2007. 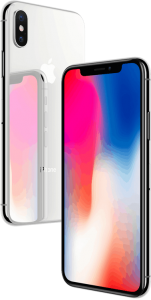 Now this looks a little more special.  Being touted by Tim as the iPhone for the future.

Featuring the same glass as the just announced iPhone 8, the iPhone X features an edge to edge screen.

The phone will feature 2436 x1125 which is the highest resolution screen to feature in any iPhone.  It is being called a super retina OLED display.  The screen measures 5.8 inch in size and the phone comes in two colours, black and silver.

The phone screen features a 1 million to 1 contrast ratio and 3d touch technology.  This screen means that there is no longer a home button and new shortcuts and gestures will replace the button functionality.

Getting rid of the Touch ID that was built into the home button means a replacement was needed.  This comes in the way of Face ID.

For this to be a reality there is some new incredible tech included in the iPhone X.  There are three types of sensors including flood , IR and dot sensors which means that even in the dark the phone will detect your face.

Face ID technology has been built on Neural networks with a brand new Neural engine, built for machine learning algorithms.

Face ID utilises machine learning so that it learns your face which means beards, hats and clothes will not be an issue for facial recognition.

For those worried about the security aspect of Face ID, all facial data will be stored on the phone and not sent to a server.

The next exciting news is that Face ID works with Apple Pay.  Last week we mention how AliPay were working on this feature…well Apple are right up there with them with this innovative technology.

Now time for something a bit more fun , the iPhone X will feature for the first time Animoji. Animoji’s are animated emojis, featuring 12 emojis to start with which will utilise the facial recognition feature to translate your real life emotions to emojis.

These can then be transmitted through iMessage either as stickers or as animated clips.

Everything else is pretty much like for like as the iPhone 8, including the chip being used and the camera technology.

The iPhone X will have a battery that lasts 2 hours longer than the iPhone 7.  Quite an accomplishment considering the new chip set and much larger power thirsty screen.

Just like the iPhone 8 the iPhone X will come in both a 64gb and 256gb version.

The bad news is that the pricing will START at $999.  This is obviously an incredibly steep price for a phone.  However I have no doubt that there will be cues around the corner in a couple of weeks of people waiting to hand their cash over.

Maybe we shouldn’t be surprised that to get your hands on the smartphone of the future, today…you will have to pay a premium.

Undoubtedly this is the best event Apple has held in a long time and with their “One More Thing” they have showcased some innovation.

Yes wireless charging is perhaps overdue, however with Face ID they have demonstrated that they are right back up there at the forefront of tech innovation.

Whilst it might not be something brand new and unheard of, it is great to see them still competing at the highest levels of technology.

Today might even have received the Steve Jobs nod of approval.