In the world of technology and eCommerce innovation leads the way.  It is very much an innovate or die arena that we now find ourselves in.

Amazon are without doubt a great example of a business which truly innovates throughout the entire business.  However in recent years perhaps one of the greatest innovators has fallen flat.

We are of course talking about Apple. 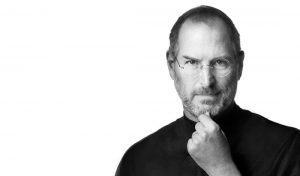 The Macintosh, The MacBook, iTunes, The iPod, The iPhone, The iPad and Apple TV all incredibly innovative products and services which changed the world.

Whether you are an Apple fan boy or not you cannot argue that under Steve Jobs, Apple became the beacon for innovation and one of the most talked about and envied companies in the world.

On the announcement of the first iPhone back in 2007, the very next day the Android team over at Google who were also working on a mobile operating system scrapped everything they had and started again.

That was over two years worth of development with over 40 full time developers involved all thrown away.  A google engineer even said a few years later that at the time of the release what they had been working on “Looked so nineties” and that he wanted the iPhone.

Where has the Apple innovation gone?

Fast forward to present day and the landscape has changed massively.  Android now power roughly 85% of worldwide smartphones, and innovation seems to have all but dried up at Apple.

Other than the usual news of making things faster, with bigger screens we haven’t seen a groundbreaking product since Steve Jobs sadly passed away.

We mentioned earlier this year about the Apple HomePod release, but this is just another ‘also ran’ product to compete with the Echo and Home smart speakers.

The competition has taken over

For most it is not a too distant memory when Apple were the leaders of the tech innovation space however in recent years this has changed.

Apple used to pride themselves on their devices being of great quality with great tech but recently we have seen them miss the mark a few times.

Getting rid of the headphone jack, seemed to be a fail at innovating by taking away functionality.

I talk about my switch from being an Apple customer for over 8 years and deciding to jump to Android and Google here:

Google released their first ever flagship device since the nexus in the Pixel which beat the iPhones camera quality.

Just this week Huawei announced their new technology which they state will be noticeable faster than both Apple and Samsung.

Apple pay was out first but Android Pay followed closely after and with such a higher user base soon became the NFC mobile payment solution of choice for most retailers and eCommerce store owners.

Which brings us on to September 12th where Apple are holding their annual September announcement.

This is where we are likely to see the fist look at the iPhone 8 and potentially updates to some more of the Apple lineup.

So far though there are no clues or leaks about anything extra or unexpected, but that is what Apple desperately need.

They need the famous “One More Thing”.

If there was to be a groundbreaking “One More Thing” then it would be almost poetic in timing.

Not only when Apple arguably need it most but also for the first time the conference will be held at the brand new ‘Steve Jobs Theatre’ at Apple Park in Cupertino.

We will be keeping our eye on the event and our fingers crossed for the ever so slight chance that once again Apple can lead the way in some ground breaking way.  Otherwise they run the risk of doing a Nokia.

Let us know what your thoughts are and what you think Apple would be likely to pull out of the bag to surprise the world if they do have One More Thing.