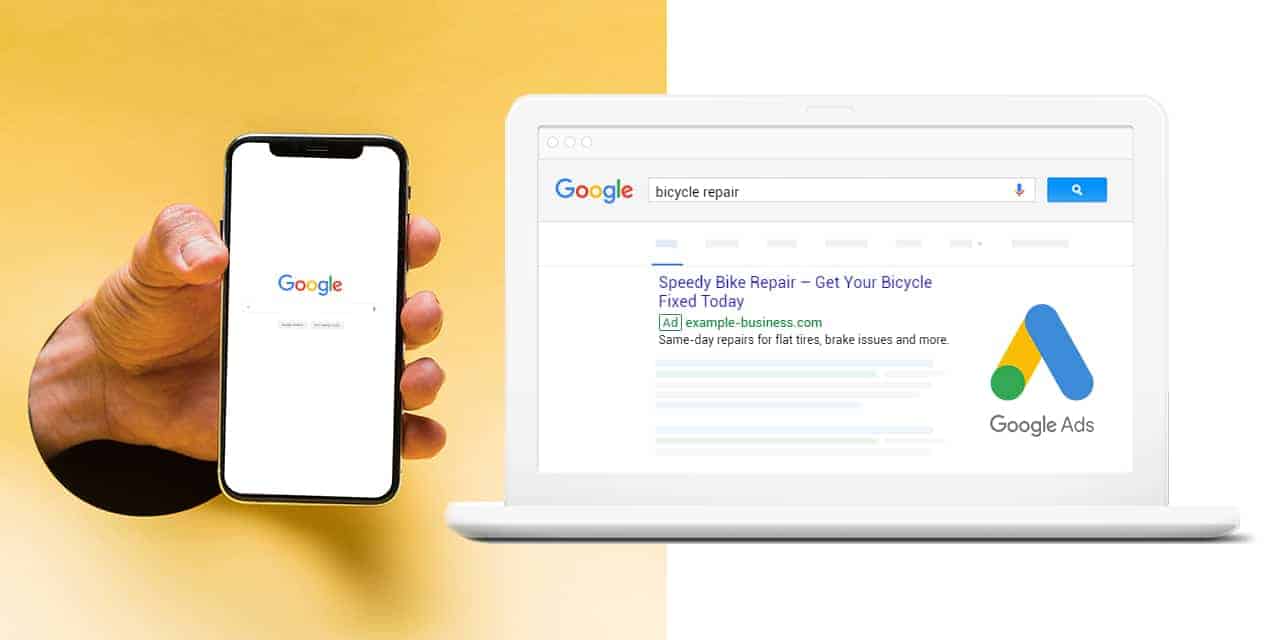 Back in the day it was pretty safe to assume that you would naturally rank well organically on Google for your own brand name and your ad spend could be spent on keywords and phrases that your target audience would be looking for.

What appears to be happening though is Brands are being forced to pay money for their own trademarked brand names to even have a chance of appearing in the top spot of Google.

Below you can see a tweet from the CEO of Basecamp Jason Fried showing the ad that he reluctantly feels he needs to run in order to protect his business, even though he is the top of the organic search, Google is showing 4 sponsored ads above that pushing the organic post below the fold. 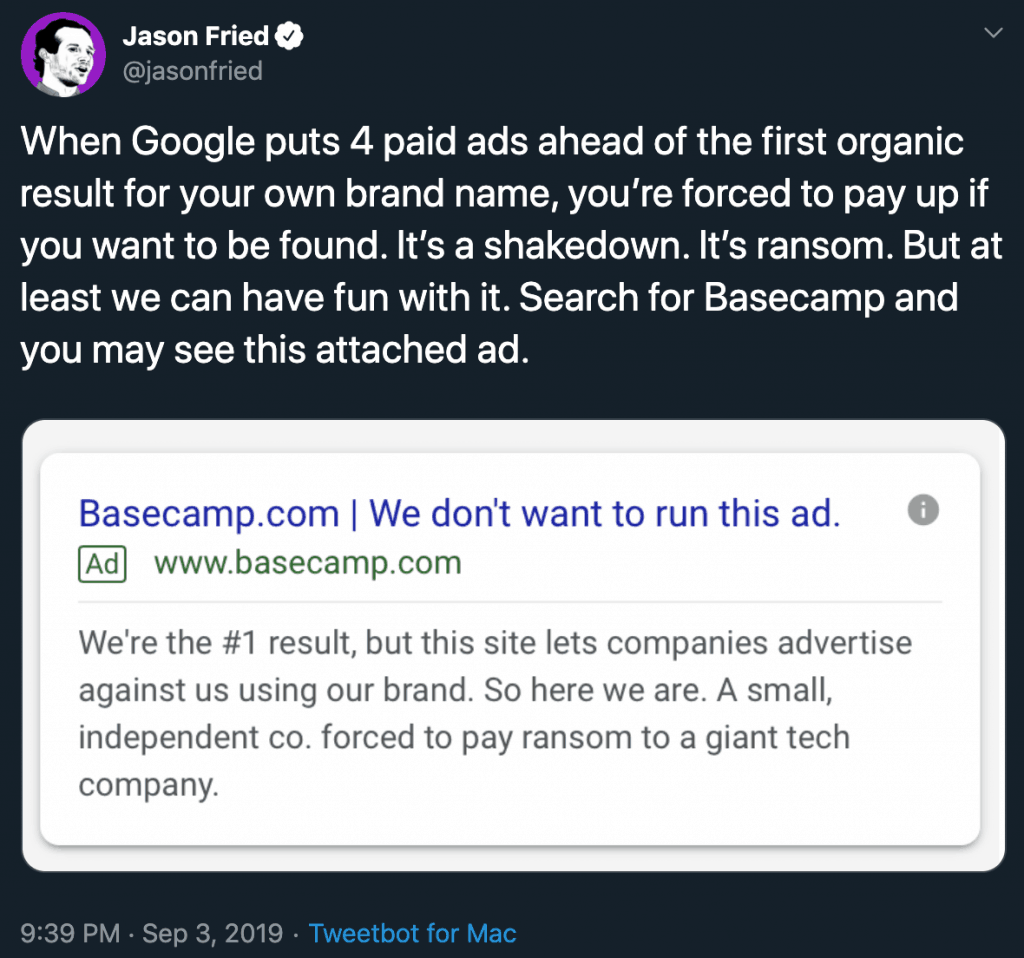 This isn’t the only incident either as in response to this tweet was the Co-Founder of Help Scout Nick Francis, sharing his pain too, to the tune of $25k in the past month running similar ads against their own brand name. 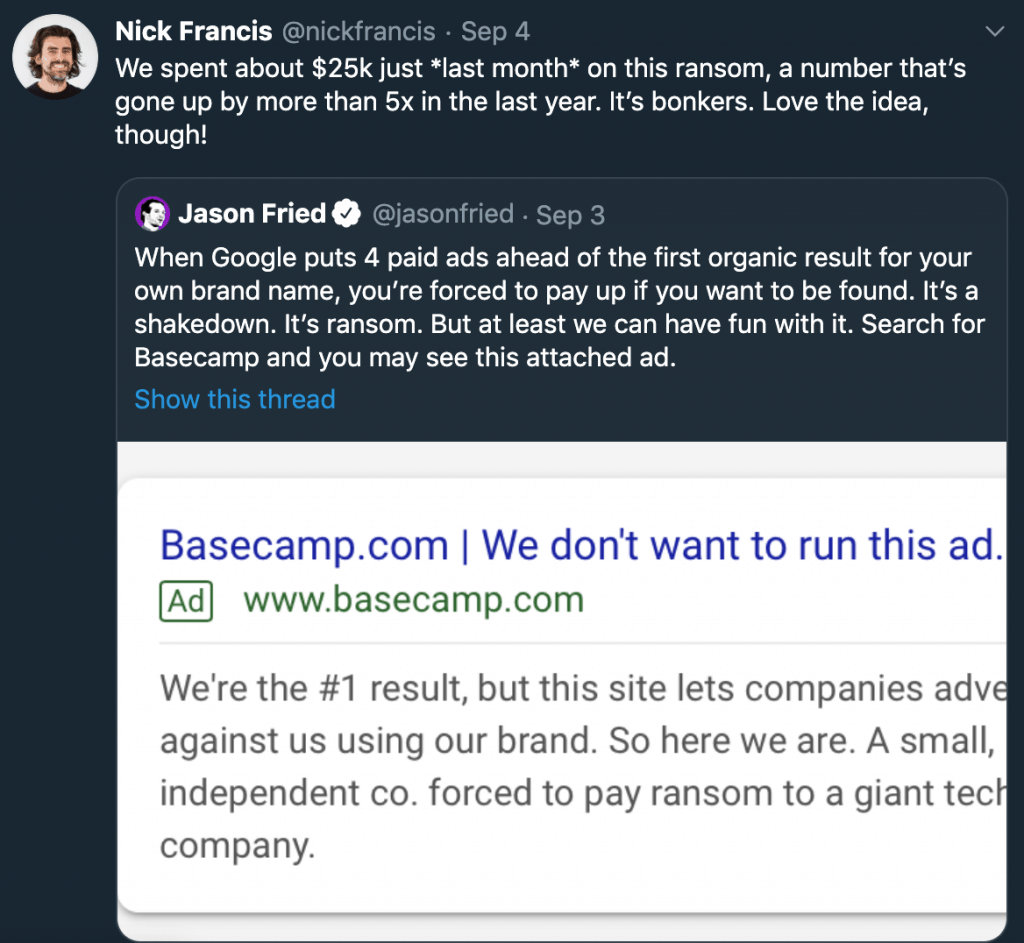 However other Twitter users were very quick to point out that these are not the rules that Google applies to their own trademarks when it comes to Ad Text.

Google has an automated filter which will automatically pause any ads which have the word Google in the text.

Now it could be argued that Google have purely found a way to ‘automate’ the complaint procedure as it’s their platform but what is your take on this?

Do you feel this is fair from Google? A company who were famously “Do no evil” or is this crossing a line when it comes to brands and trademarks? Let us know in the comments below or over in our Facebook Group.

On Wednesday, Envato released a new design tool to allow you to create free logos from professional designed Logo Kits. The kits are a collection of…

All social media accounts are different and that makes it challenging to gather reliable information. However, regardless of how many followers an Instagram account has,… 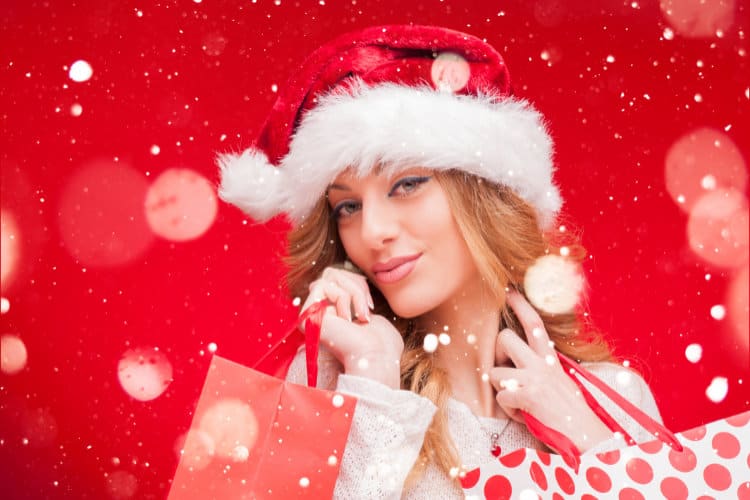 Retailers are relying on a lift from a better economy as the holiday season officially kicked off last week. They’re also looking beyond the economic… 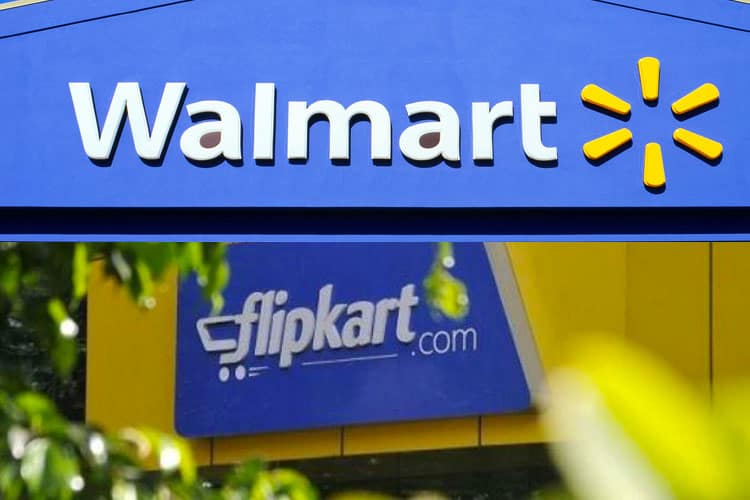 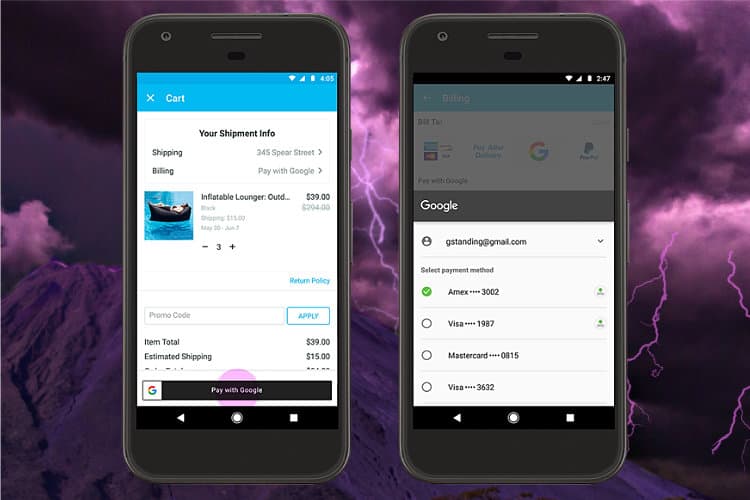 Google announced today they are improving the checkout flow with their new Google Payment API. With this further improvement, Google wants to remove the checkout… 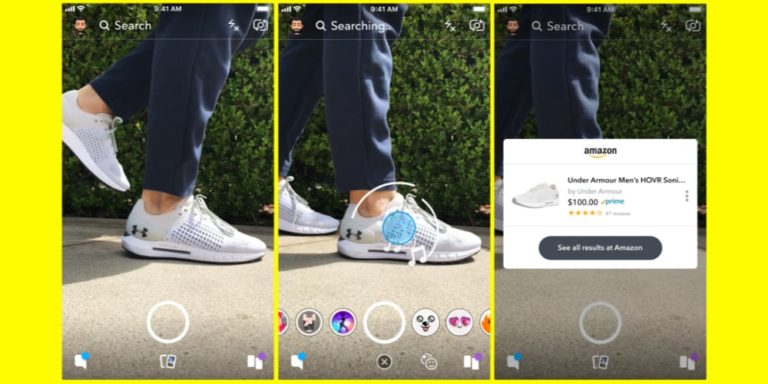