Online shoppers in Australia might just be able to relax for now as there has been as 12-month reprieve in the proposal of having GST being added to items ordered overseas that are less than $1,000.

This has come about when the Australian Parliament has decided to delay the Treasury Laws Amendment (GST Low Value Goods) Bill to July 1, 2018.

If the bill was to be implemented, online buyers in Australia would have an additional 10 percent GST added to items that are bought online for all goods.

Instead of the current rules which just applies to those valued at over $1,000.

Meanwhile, online retailers such as Amazon and eBay are so far happy with the delay. 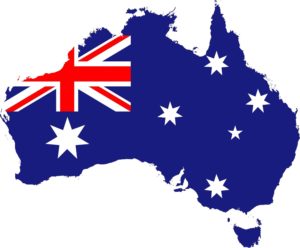 As are the vast majority of Australians it would seem.  Here at eSellerCafe we managed to speak with some of our network based in Australia.

The general feeling seems to very much favour international trade and the opportunities that eCommerce has brought with it.

It has given the Australian consumers a whole breadth of choice otherwise not open to them when it comes to products they can get their hands on.

Many online retailers have been against the addition of a 10% GST since that would make items more expensive, which could potentially drive away customers.

Some Australian sellers are not so happy

There are however a selection of Australian retailers who believe that the GST ruling would have been a good thing for Australian businesses.

They believe that those overseas sellers selling into Australia are being given a 10% subsidy as they get away with not paying GST on sales under the $1000 limit.

The delay has been made while public hearings would be held as to what would be the most effective means of collecting GST on low value online goods.

A delay is not a solution

Amazon has publicly said that the bill is poorly designed.

Online retailers such as Amazon, eBay and Alibaba have threatened to geo-block Australia if ever the bill was passed.

Whilst the delay is good news for most there is still a question mark over the future.

The marketplaces are not set up to collect the tax how the Australian Government proposed.

Many openly said that they would sooner stop transaction into Australia rather than re-build the whole site to deal with the tax implications.

I actually recorded a YouTube video discussing this exact topic which you can see here:

We will see what happens in the future and of course keep you updated with any developments.