Automated cars have already been produced.  With the likes of Tesla, Google and also Apple rumoured to be experimenting with driverless technology. Now there could be automated planes as well.

This new technology could make its way in to the public domain as early as 2025. For many airlines, that could mean savings especially when it comes to salaries. There wouldn’t be need to pay pilots then to fly planes.

Another issue that would be addressed is pilot error. Airline accidents happen mainly due to pilot error. With automated planes, such errors could possibly be lessened.

Another advantage of this is that automated planes could be programmed to fly exactly as planned over a route, without much deviation. Planes straying off course would then be minimized as well.

The public perception of pilotless planes 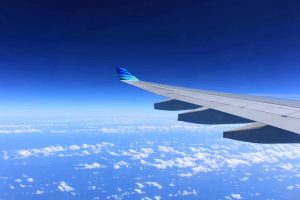 While this technology has much promise, it might make passengers nervous. There is still the assurance seen in human controlled vehicles, and that would certainly include planes.

Planes that are automated won’t have much human interaction, and passengers could worry as well as to who would fly the plane in case anything goes wrong.

Pilots go through intensive training in both mathematics and physics to understand the science of flying before they even get behind the controls.  This brings with it an element of trust amongst passengers.

While such worries might be justified, automated planes won’t be taking in passengers just yet. The first ones could possibly fly cargo. This would help the airline industry evaluate its safety features while reducing human involvement in case of an accident.

In eCommerce, automated planes could have an impact as well. With predetermined flight plans, flight time could be lessened. This would mean that delivery time will be faster than on planes that have human pilots. Overhead costs would then be lessened as well, as there is less time for products to stay in warehouses with faster flight times.

Already commercial planes have computers that aid in navigation. Many planes have autopilot to give crew a chance to rest. It is only a logical step that fully automated planes will soon be seen.

The technology isn’t groundbreaking as the military has been using unmanned drones for years as well as Facebook experimenting with their pilotless planes beaming down wi-fi to otherwise unconnected parts of the world.

How do you think automated planes impact Commerce? Would you ever get on a commercial flight without a pilot? Comment down below and let us know.