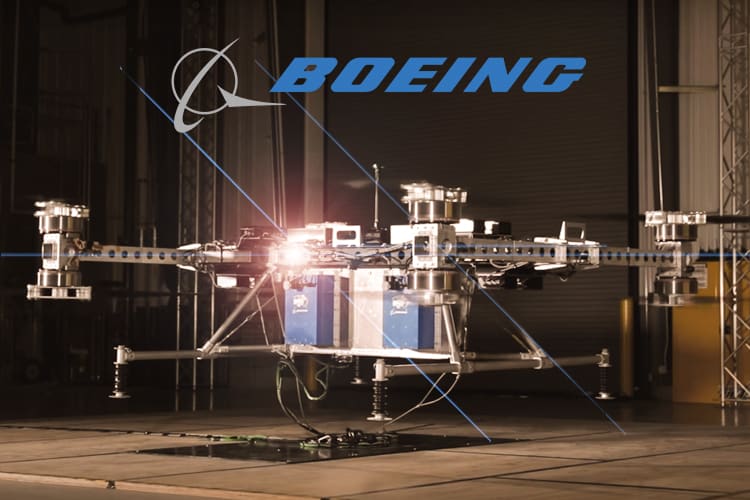 Boeing has recently unveiled its giant drone prototype that has a capacity to carry at least 500 pounds of cargo in one flight.

The company calls it an “unmanned electric vertical-takeoff-and-landing (eVTOL) cargo air vehicle (CAV) prototype,” a squarish quadrotor that is designed to try out the latest unmanned-delivery concept. 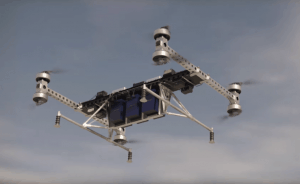 “Researchers are transforming the remote control-operated CAV prototype into an autonomous aircraft capable of carrying up to 500 pounds. The technology opens up new possibilities for delivering time-sensitive and high-value goods, conducting autonomous missions in remote or dangerous environments, and other applications.”

The company recently procured Virginia based Aurora Flight Sciences, an aeronautics and research company well-known for developing the Orion in 2006. Boeing believes that the company’s CAV prototype will be a perfect fit for the eVTOL flying taxis that Aurora is developing for Uber.

The new Air Force contract currently funds the continued development of Orion’s certified version which will soon be deployed worldwide. Although it is currently a part of Boeing Engineering, Test & Technology, Aurora still functions as an independent company.

The Drone in Action

Boeing have released a quick video over on their YouTube channel unveiling the CAV prototype that you can see below.

Now that the company has completed the drone’s initial round of testing, the team can finally initiate building its features.

Will The Prototype Ever See Commercial Production?

This can effectively reduce the costs required to transport larger amounts of cargo by truck or vans.

Although this may not fit a typical connotation of what drone delivery should be, developing such technology can still be practical. According to Transfix CEO Drew McElroy, any vehicle that can substitute trucks can play a role.

Whilst the Boeing Drone would be revolutionary to the logistics industry with growing eCommerce implications, it remains to be seen whether Boeing will bring this to a reality.

Do you think the heavy lifter drone would be a good commercial move for Boeing?  Let us know in the comments below.