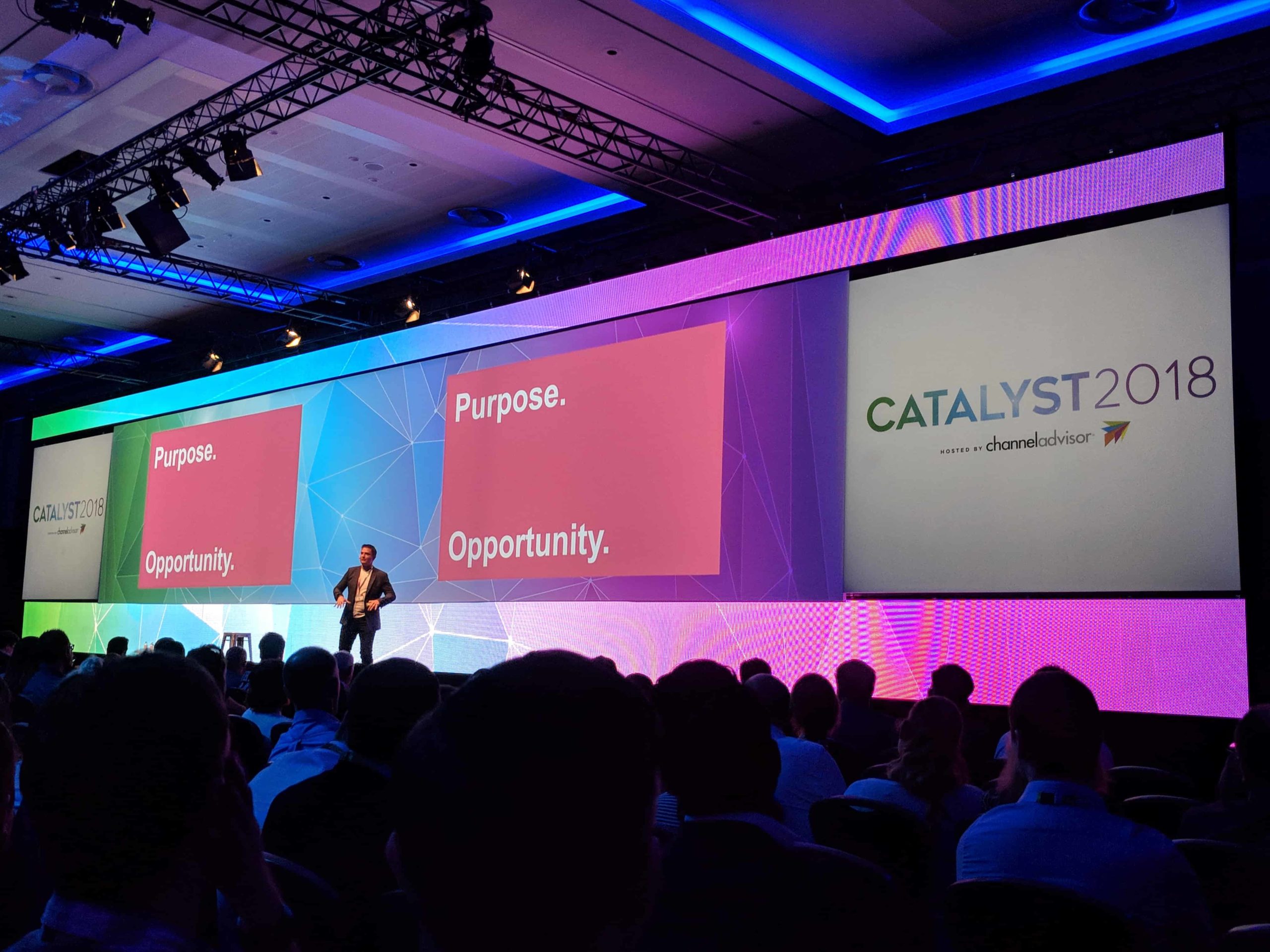 I am attending ChannelAdvisor Catalyst Europe today in London and will be posting notes from the conference throughout the day.

Rob takes the stage to give us an overview of the state of eCommerce and eBay in particular.

He starts off by looking at the state of the high street in the UK and the large number of store closures seen since Q3 of 2017.

He argues that the high street is not dead and that those that will succeed will master 1 of 2 key areas, either convenience or entertainment.

Has come under increasing scrutiny over recent months such as the Facebook, Cambridge Analytica scandal, as well as a President who is so ingrained in social media that he has more sway than ever before.

This can be seen as the maturation of the Tech Sector as it is becoming increasingly held accountable for what they do.

If tech industries set out to purely serve themselves, then this is where problems arise. Whereas those who are there to give value to the people are the ones that will continue to succeed.

Rob takes us through his own personal eBay homepage recommendations and explains the reason behind each one.  Thus drawing a conclusion to his point that eBay provides him value as it has a footprint about him which arguably no other ‘Tech’ industry could have (Except maybe Google)

The two key threads which go through everything eBay does stem from the days of Pierre Omidiyar: Purpose and Opportunity.

Rob re-affirms that “We only succeed, when you succeed” and makes fun by stating that there isn’t and never will be an eBay Echo.

This allows eBay to empower business owners to build great businesses on the eBay platform.  He takes us through some of the winners of the 2017 eBay business awards and tells their stories of how they grew successful businesses on eBay.

What is next for eBay?

Rob references the ‘Fill Your Cart with Colour’ campaign and how this brand awareness push for eBay was all about bringing new buyers to the platform to buy your products.

They have also been investing heavily in tech.  Whilst voice is a great user case eBay believes image is actually where the future will lie.

With an incredibly clever image search on the eBay platform but they also are a believer that AR/VR and AI will all come together to play a much larger role combined to give consumers a choice rather than being told what they should buy.

Personalisation is another huge area of interest for eBay, demonstrated by their custom home screen per buyer and the big data they use to bring that experience and contextualise it for their buyer’s needs will bring about a much better experience for eBay buyers and ultimately sellers.

The role of eBay right now is to bring cutting edge technology and bring it to the service of human beings to give them a better buying experience.

This week eBay reported that its Offer to Buyer feature hit $1 billion in GMV (Gross Merchandise Volume) since January 1, 2020. The feature, which… 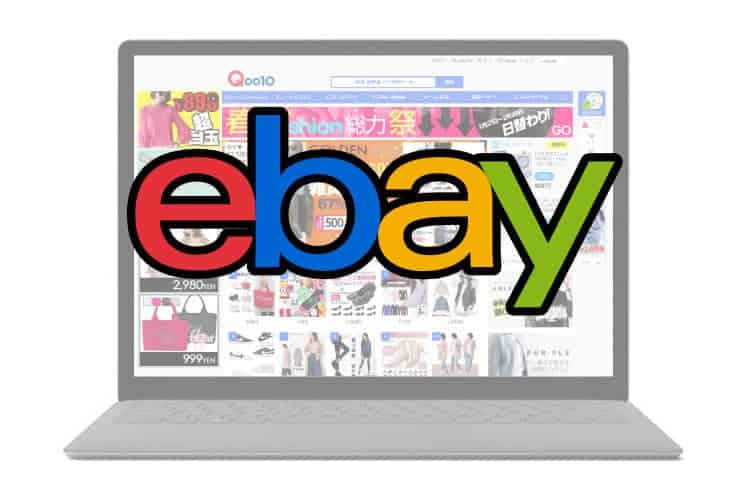 On Tuesday, eBay confirmed the story we posted on Monday that it was purchasing the Japanese assets of Qoo10 fro $700 million. This is eBay’s…

Argentinian classifieds site AlaMaula confirms that eBay is shutting the operation on March 4. AlaMaula is notifying users of the shutdown via a banner on its homepage…. 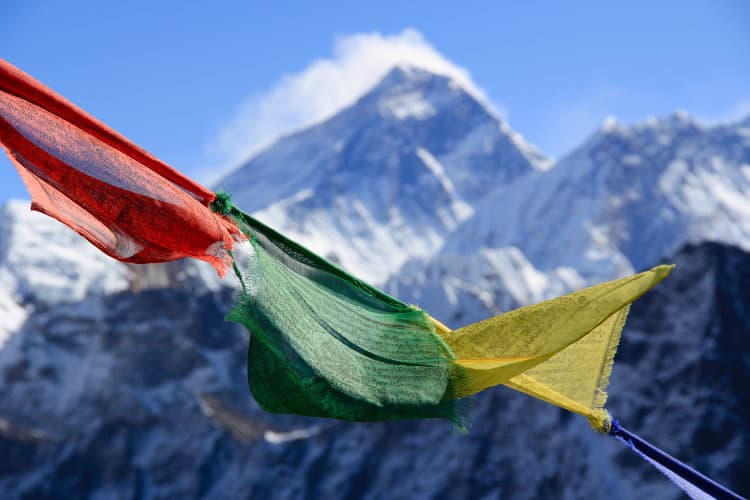 Just yesterday we posted a story about how eBay is upgrading its mobile platform to provide guidance to shoppers with Why-To-Buy signals. Now it appears… 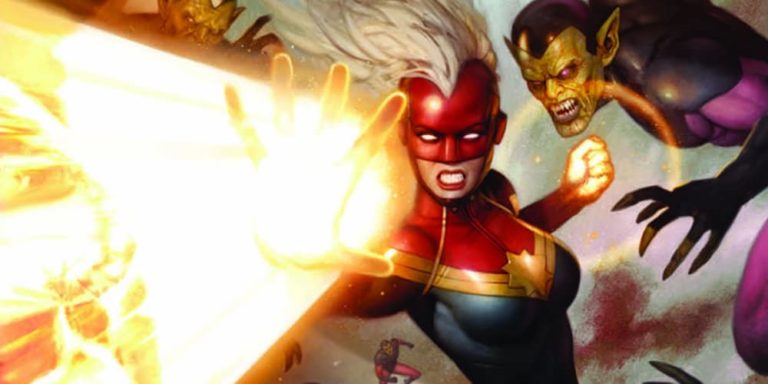 Female superheroes are more popular than ever, and a force of leading ladies are taking off in Hollywood and on eBay – one of the…

On Monday, the U.S. Justice Department charged six former eBay employees alleging they engaged in an aggressive cyberbullying campaign against an editor and publisher of…