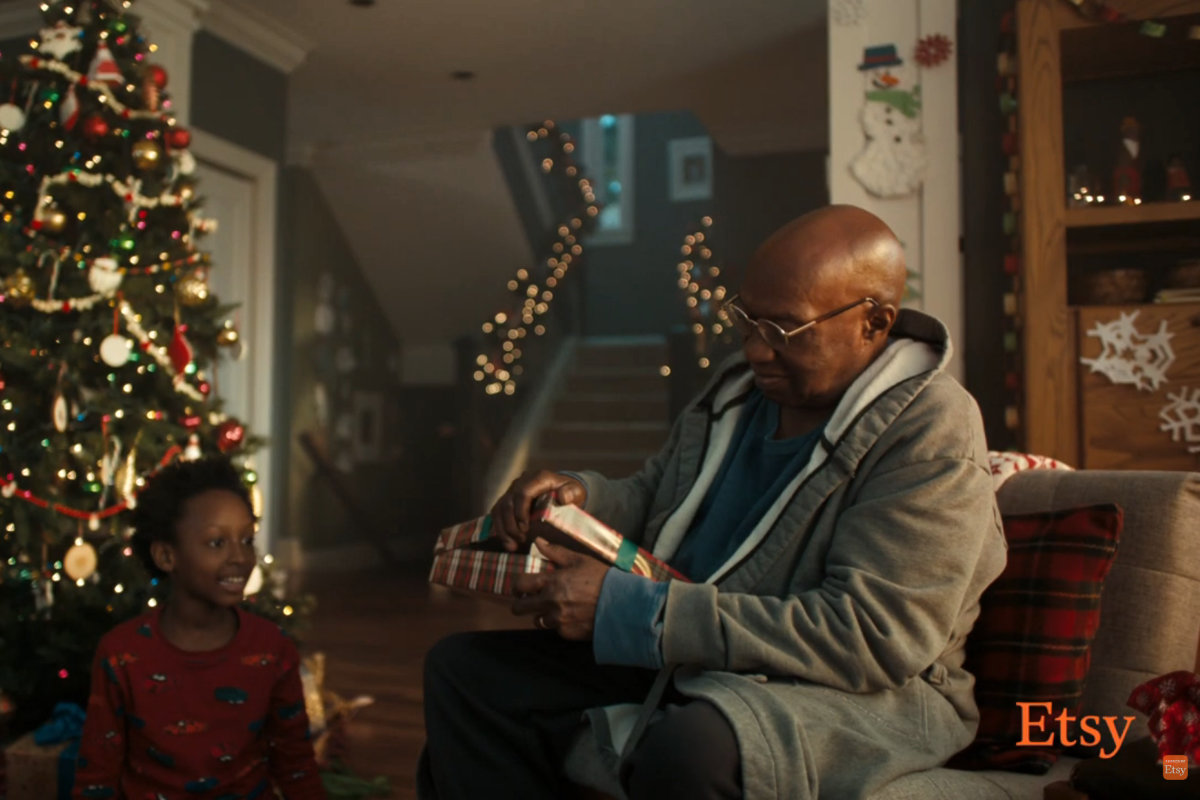 Starting today, Etsy began to run its holiday ad campaign in the US, UK, and Germany, three important markets for the company.

The company wanted to focus on relationships — expected and unexpected — that impact people and the powerful way a unique gift can say something meaningful to a person.

Etsy’s ad campaign titled “Give More Than a Gift,” tells intimate, authentic, and human stories that often go untold, and the company believes the tagline is inherent to what Etsy stands for as a brand.

The ads will run across 50 plus cable channels and broadcast networks; streaming platforms such as Hulu, Roku, Sky, ITV Hub; digital video; as well as, Podcast and Digital Audio such as Spotify.

The ads were edited into several lengths to accommodate the variety of platforms for which Etsy plans to use the commercials.

There are four total ads with three being run in the US and two in the UK. One ad, Our Santa, was voiced over in American and British English for each market and will be used in both countries.

Bus Stop tells the timely and relevant story of an unlikely bond between two people and a gift that shows gratitude. (US Only)

The Recipe is about how a mother can connect with her daughter through the gift of a recipe but also how that gift connects them to their culture and family. (US Only)

Our Santa is an often untold story about feeling represented and the way a son can recognize his Father’s desire to feel seen through a meaningful gift. (US and UK)

The Tradition shows how neighborly kindness can encourage someone content with being alone to join in on a longstanding tradition. (UK Only)

It’s somewhat noteworthy that Etsy chose to use a more progressive holiday message in Germany, while it stuck to more traditional messaging in the US and UK.

The German ads are titled Everlasting Love and Mozart.

These ads were produced by 72 and Sunny New York, which is the same agency that has been producing other TV ads for Etsy, including this year’s ads shown on all Olympic viewing networks.

All Etsy ads are available to view on their YouTube Channel.