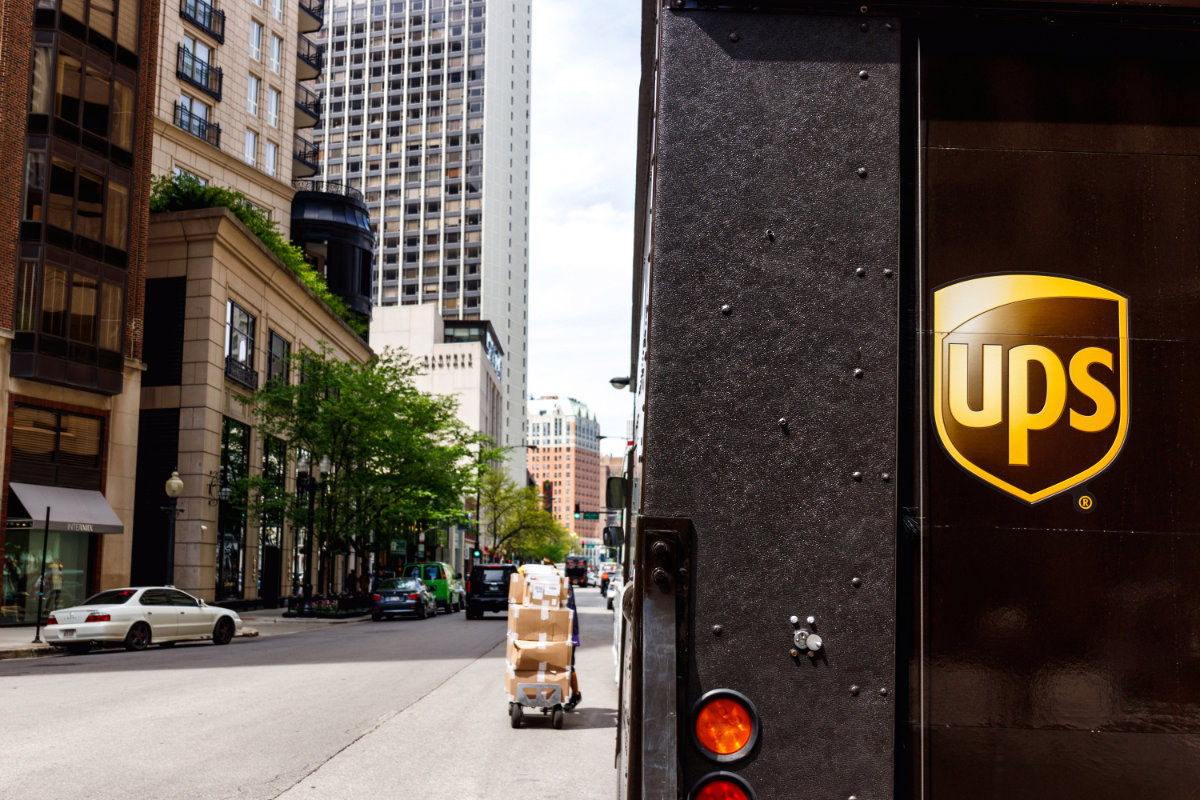 A local UPS same day delivery service is under consideration by the carrier, confirmed CEO Carol B Tomé during last month’s UPS investor & analyst day. But it’s an idea that faces unique challenges for the company.

First, let’s clarify the service UPS is considering. The carrier currently offers a service called UPS Express Critical, which is a premium service for critical time-sensitive shipments which may even include air and international shipments.

The UPS same day delivery service Tomé discussed is different as it would target retailers that would want to deliver orders to local customers.

Besides this clarification between the two services, there are very few details on this initiative as it is still in an early development stage. Tomé even suggested the company might go outside its UPS driver network to implement the new service, and here lies the potential problem.

If UPS decides not to use its company drivers, it could create labor issues as the Teamsters union, which represents UPS drivers, has a long history of fighting management about outsourcing the transportation of parcels to others.

For example, the union has been concerned for a while now about the carrier’s agreement with the U.S. Postal Service to deliver its UPS SurePost shipments.

So far, the Teamsters union has been unsuccessful in having UPS shut down the service, but it has made inroads in returning some deliveries to its company drivers in more populated areas.

With UPS SurePost, the carrier picks up and transports the parcels through its logistics network, but the last mile delivery is turned over to the local post office for delivery.

The advantage shippers gain from SurePost is that they save on UPS residential and extended area delivery fees in exchange for a delivery solution that may take one or two days longer to arrive.

UPS also benefits by saving on network costs by outsourcing the last-mile delivery to U.S. Postal Service. When it shifts the delivery to the local postal carrier, UPS drivers are not spending excessive time driving long distances between stops, especially in rural areas or less populated residential neighborhoods.

The more packages a driver can deliver on a route, the more cost-effective the route is for the company. This is why residential and extended delivery areas often include an additional delivery surcharge over commercial deliveries in urban areas.

With eCommerce on track to surpass 20% of total retail by 2024, the UPS SurePost service offers a solution for online merchants to ship orders more affordably to residential addresses and extended rural areas.

But UPS benefits too, which is why the union has been fighting the expansion of SurePost for so long.

With SurePost, UPS does not have to add additional routes to its network to handle these less profitable stops. This enables the carrier to offer a ground service solution at competitive rates, especially when compared to the U.S. Postal Service that doesn’t add those additional fees.

Because SurePost is integrated into the UPS logistics network, and the criticism it already has to deal with from its unionized workforce about the service, it shows the difficulty for UPS to implement a local fast delivery solution using non-union contract couriers that are somehow part of its logistics network.

But there is a market for this kind of fast delivery offering with Amazon driving another change in consumer expectations through its ability to deliver more products the same day.

Therefore, it’s a service for which UPS would want to find a solution, especially since many big box retailers are already customers of UPS and many are adding same day delivery options by using other couriers. Right now, UPS is losing out on that business.

While more affordable shipping solutions such as UPS SurePost are good for some merchants, retailers are increasingly looking for local same day delivery solutions to compete with Amazon.

A study by Statista shows the U.S. market for same day delivery could double by 2024, suggesting there is a considerable opportunity for UPS to play a role in offering such a delivery service.

But as already mentioned, how to get there is the problem for the carrier.

UPS could look at acquiring a startup like Roadie or AxleHire, which operate similar to ridesharing services by using contract drivers to deliver local packages. This would provide the carrier with an immediate solution from which it could grow the service.

As an acquisition target, Roadie may be at the top of the list since UPS Capital, a subsidiary of UPS, already has an investment in the company offering parcel insurance to the startup.

The other choice could be to find a way to use its existing logistics network to offer UPS same day services. But that would require a significant investment in more logistics assets such as warehouses and delivery vans, in addition to hiring more drivers covered by its union labor contract terms.

Without a doubt, the Teamsters union would be in favor of this approach. However, it seems the costs to operate a competitive same day delivery service in a market segment dominated by on-demand contract workers would be financially challenging.

As it stands now, the carrier is still looking at its options to offer a UPS same day delivery solution. But because of its highly unionized workforce, it seems most likely a potential same day delivery service may require the company to acquire an existing service that it can operate at an arm’s length from its existing logistics network. 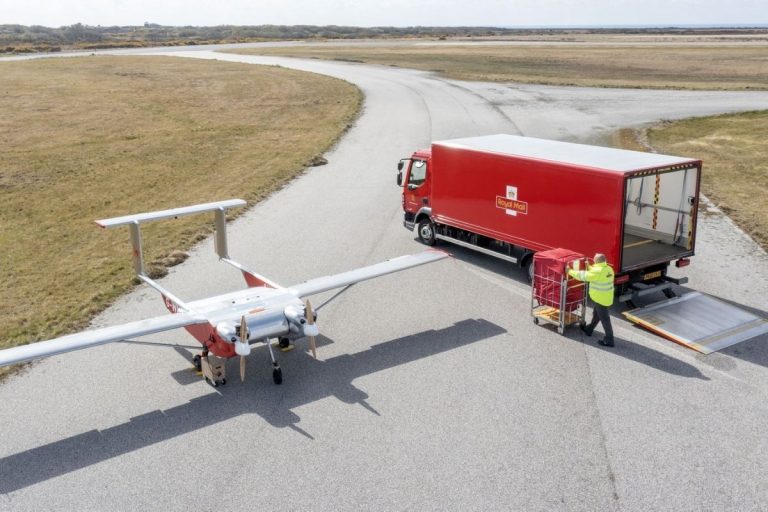 Royal Mail becomes the first UK parcel carrier to deliver mail to a UK island in a 70 mile out-of-sight, autonomous flight to the Scilly… 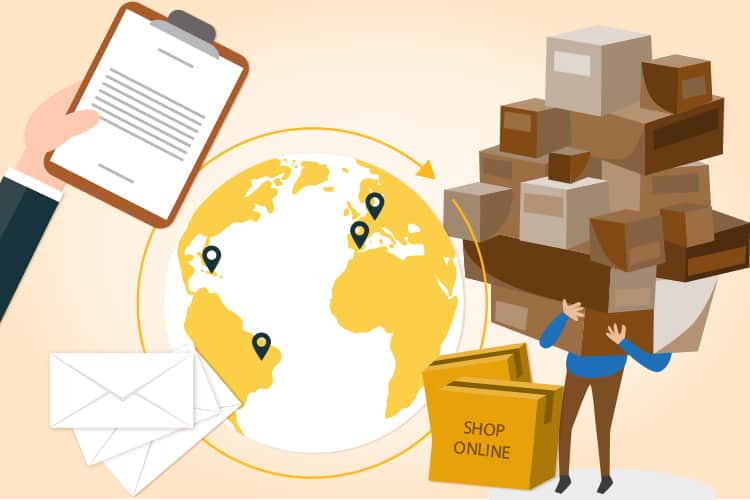 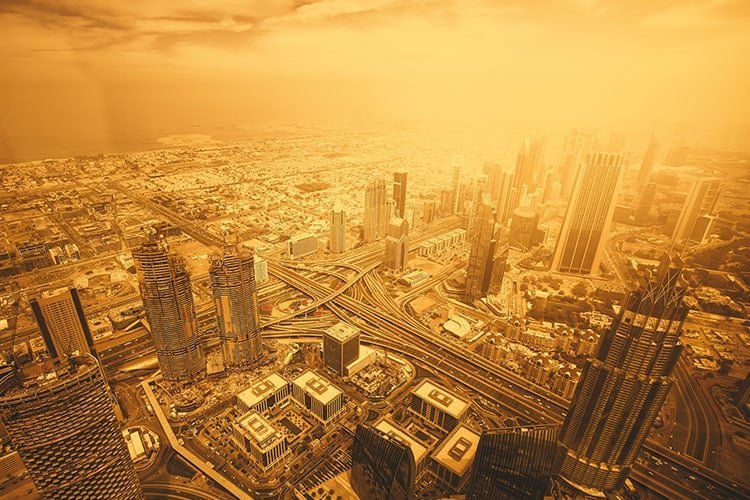 The Middle East is fast becoming an emerging market in eCommerce. Its size is relatively small compared to other markets, but it is growing and…

This morning, the Office of the Attorney General of the District of Columbia (OAG) filed an antitrust lawsuit alleging Amazon engages in anti-competitive practices by… 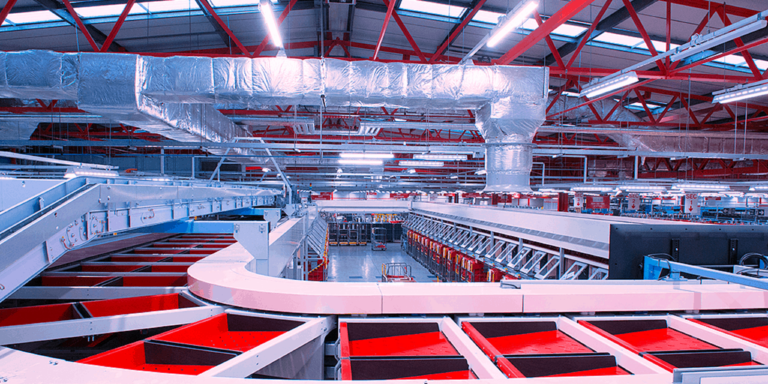 Royal Mail has installed automated parcel sortation machinery in its Bristol Mail Centre to speed up the processing of parcels. The new technology replaces a… 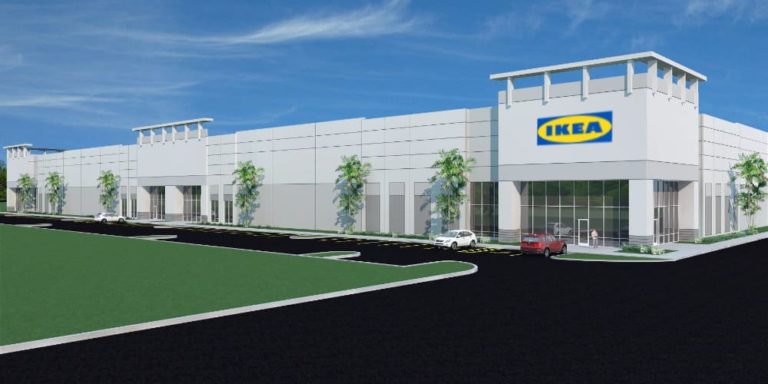