The Middle East is fast becoming an emerging market in eCommerce. Its size is relatively small compared to other markets, but it is growing and being noticed by the industry.

It certainly caught the attention of Amazon who bought Souq.com earlier this year.

The Middle East might become an important territory for eCommerce. The region has some of the richest nations per capita income. 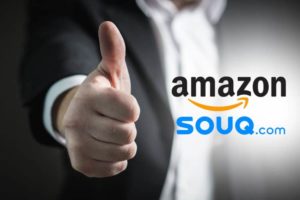 Whilst many there can afford to shop online, the territory itself doesn’t have much eCommerce presence yet.  Some of this experts say is down to the logistics challenges involved with the region.

Traffic coming from the region accounts for only less than one percent of the total gross domestic product in 2016. For such a wealthy area, this is very small percentage.

To highlight how small its online presence is, only 15 percent of businesses in the region are active in eCommerce.

People who shop from there have to order their products from outside the region, as noted by Gene Alvarez, managing Vice-President from the research firm Gartner, Inc.

However, eCommerce is growing at a rapid pace there, even if its presence is still small. Online shopping coming from the region has grown by about 1,500 percent for the last decade.

While online shopping is growing, only four product categories are actively engaged in the countries within the Gulf Cooperation Countries.

These categories include consumer electronics, fashion, lifestyle and health and beauty. The potential for growth is there though, if more would invest in eCommerce in the region.

With Amazon acquiring Souq, that potential just might be realized sooner rather than later.

Amazon has Amazon Prime, which it could use to entice new customers to the platform. It has also the resources to add more warehouses, so deliveries would be much faster.

There are other local eCommerce marketplaces operating as well such as Wadi.com and Namshi.com.

These sites offer products for women, some of which include apparel that might appeal to them but they would not otherwise wear in public.

While the potential is there, awareness should also grow. Growth in that area might be slow as only 35 percent of users in Saudi Arabia and 55 percent from United Arab Emirates are aware of online shopping in the region.

Once there is more eCommerce investment coming from the place, more people will likely turn to eCommerce there and the region might become a major player some day.

It is the chicken and egg scenario, buyers need choice in the form of sellers, but sellers need buyers to make it worth there while.