Over 3 and a half years since the UK referendum on whether they should leave the EU, the UK has voted a second time with the majority being to get Brexit done. 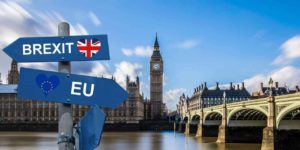 Most people that I have spoken to are so utterly bored of hearing the word Brexit and seeing the government try and fail numerous times to make progress that it seems to be a large reason as to why Boris Johnson was voted in with a significant majority so that the Labour party and the House of Commons would lose their power in being able to delay things any further.

For many businesses that I have worked with over the years, Brexit has already taken its toll.

The morning that the referendum results were announced, the British Pound value tumbled massively, and has never properly recovered to the levels it was once at.

Two businesses that I worked with are now no longer trading with this as a primary reason. They were manufacturing and importing their own products from China and Taiwan.

The level at which they were trading meant that this decrease in the Pound value took them from being profitable to making a loss overnight. The uncertainty of Brexit and their inability to recoup that investment meant that they could no longer afford to sell online.

I’m sure this rings true for thousands of businesses across the UK.

So What Happens Next?

As it stands right now the UK has promised to leave the EU at the end of January 2020, just less than seven weeks at the time of publishing.

Whether this is with a deal or without a deal remains to be seen, but this was Boris Johnsons main election promise, which the people gave him a mandate for.

The reality is right now, we have no idea what Brexit will look like. If a deal is agreed then it stands to reason that provisions and timings will be put in place to make the transition easier.

If however a no deal Brexit occurs, then frankly, my guess is as good as anyone else’s.

Border controls, logistics, freedom of movement, movement of finances, tariffs, all of these factors have a huge question mark around them.

How To Prepare Your eCommerce Business For Brexit?

With my background in eCommerce over many years I have put together this list of preparations that I would consider if I was running your business.

This list is largely going to apply to businesses operating within the UK, however if you are operating in Europe or the USA and you sell into the UK some points on this list will be of interest to you too.

1. Logistics – This especially applies if you are based in the UK selling to Europe, or vice versa. As it stands right now at the time of publishing, we are not sure how the freedom of movement for both people and goods will be affected.

One of your first priorities in January should be to contact your courier/postage company and ask them the question about deliveries into Europe. As logistics is their business and you won’t be the only one affected, they should have a plan at the very least as to what will happen come February 1st, have them communicate this to you if they haven’t already.

Having this information come February could come in handy for orders and customers which may become affected.

2. Suppliers – Many businesses have suppliers scattered all over mainland Europe, as well as in the UK. This could prove to be problematic. The last thing you want to do is go to order your next batch of products only to run in to red tape you’ve not experienced before.

Similar to your courier company, communication is key. Call your suppliers in early January and ask the specific question if they have heard of any procedural changes with shipping products because of Brexit.

If need be and finances allow, consider ordering shipments earlier than usual before the Brexit deadline to ensure that business is not interrupted any earlier than necessary and buy time for suppliers to put in place new processes.

3. Customers – The lifeblood of your business. Good communication with your customers is key, and in the arena of uncertainty it will be more important than ever.

With the information from your courier company and supplier you should have started to piece together a better idea of how much impact Brexit will have on your business. Consider banners on your website, additions to your email footers and even updating eBay listings if appropriate.

Customer service makes or breaks your business, so don’t leave any customers potentially affected by Brexit worrying about where their order is or suspected delivery times, put yourselves in their shoes and answer all the questions and concerns that you would have.

4. Know Your Costs – This one may sound crazy but as I said earlier in this article, uncertainty is bad for the markets and currency fluctuations can drastically impact business.

Knowing your costs is key, if there is to be further currency fluctuations a lot of hidden costs you never see, also go up and will often be passed on to you. Think fuel duty, customs and excise, taxes and tariffs just to name a few.

Keep a closer eye on your costs and expenses as in times of uncertainty which Brexit still very much is, can mean volatility you weren’t expecting.

5. Be Ready To Adapt

“It is not the strongest species that survive, nor the most intelligent, but the ones most responsive to change.” – Leon C. Megginson

The same can be said in business, there have been many terms used to describe what Megginson said above when he was paraphrasing Darwin in “The Origin of Species”.

You are either driving the bulldozer, or about to be bulldozed. When you are presented with something which is outside of your control but that could impact your business, you need to be ready to act quickly and accordingly.

Ultimately uncertainty is never a good thing for business, but it often brings with it hidden opportunities. Be aware of what you can control, and also what you can’t. Your competitors may get caught sleeping when Brexit rolls around and it’s much better for you to be as informed as possible with a plan in place.

What do you envisage happening with Brexit and will it affect your business in any meaningful way? Let us know down below or over in our Facebook Group.

Connect with us: Head over to our Facebook Group for Small Business Sellers and interact with other small business owners.