Trends come and go, but the past year was filled with moments that helped shape the digital marketplace that we have today. From the latest smartphones to the Wonder Woman memorabilia, we’re listing down the 15 most popular shopping items that made an impact in 2017.

1. Star Wars Merchandises: There were at least 450,000 Star Wars merchandises, 7,000 Rey Items, and the Star Wars Lego collaboration were purchased two months before the release of Star Wars Episode VIII: The Last Jedi.

2. Donations: You might just regain your faith in humanity if you found out that at least $700k worth of items were donated last year to charities alone. Shoppers contributed what little they have to provide assistance to those affected by tragedies and other natural disasters in 2017.

3. British Invasion: According to eBay, U.S. shoppers were quick to grab British brands a year ago. At least 4,600 Mulberry handbags and 3,000 pairs of Hunter Wellingtons were purchased since January 1, 2017. 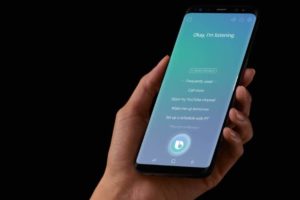 4. Smartphone upgrades: Shoppers just can’t get enough of smartphone upgrades– especially with Apple’s 10th-anniversary phone introduction. At least 29,000 iPhone X were sold after its release from the market.

5. Art for Social Awareness: The eBay community raised at least $800,000 worth of Ai Weiwei artworks for the New York Public Art fund within 24 hours of its release. On the other hand, at least 13,000 artworks by Shepard Fairey were sold in 2017, reaching its highest sales in January and November.

6. Yellow as the New It Color: There was an increase of at least 7 percent on yellow dresses compared with 2016, taking over millennial’s obsession with pink. 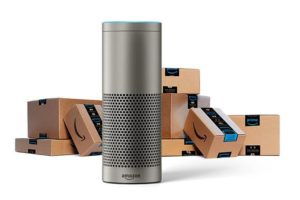 8. Home Connection: popular of all voice voice-activated, WIFI connected devices were Nest devices with at least 211,000 sales, followed by the iRobot Roomba with at least 58,000 sales.

10. A Rise in Women Empowerment: There were at least 43,000 items of clothing that feature feminist and political slogans were sold over the year.

11. Vinyl Products: There was a 24 percent increase in vinyl record sales compared to 2016. According to eBay, there were at least 95,000 record players and turntables sold throughout the year.

12. Top Gaming Products: Nintendo’s sales were as high as expected with at least 500,000 gaming systems sold. Even Tamagotchi toys sold over 16,600 products as well.

13. Superhero Fandom: Both DC and Marvel characters were able to sell their products at massive rates. 205,000 Spiderman comics were sold last year alone. Even Wonder Woman merchandises sold a lot of products with at least 47,700 merchandises in total.

14. Solar Eclipse Merchandises: Due to the best solar eclipse that happened on August 21, a massive surge of sales happened last year. At least 133,500 protective glasses, 19,000 tents, and 10,500 pairs of binoculars were sold a month before the biggest solar eclipse in U.S. History.

15. Environment-Friendly Products: Companies are now becoming aware of the adverse effects of pollution on the environment. Gucci announced last year of its commitment to fur-free design while Dior introduced its eco-friendly packaging.

Editorial Note: This post is from a Company Press Release and may have been modified for clarity.