This comes as surprising news with little to no public warning that the company was experiencing any known difficulties.

GameSeek whilst being popular has also been controversial in some of the offers they have run in their time including their pre-order special offers.

Just earlier this year we had covered how GameSeek had become the largest UK marketplace and again how they had seen record sales.

In just a few short months they have gone from those headlines to liquidation which has left many of their customers waiting on pre-orders with a bad taste in their mouth.

One said customer has taken to twitter and stated:

@GameSeek cheers folks! Took my money for 2 preorders when it looks like you were aware you were applying to go into liquidation. Thank you very much!!

Some customers have also reported getting a letter through the door. 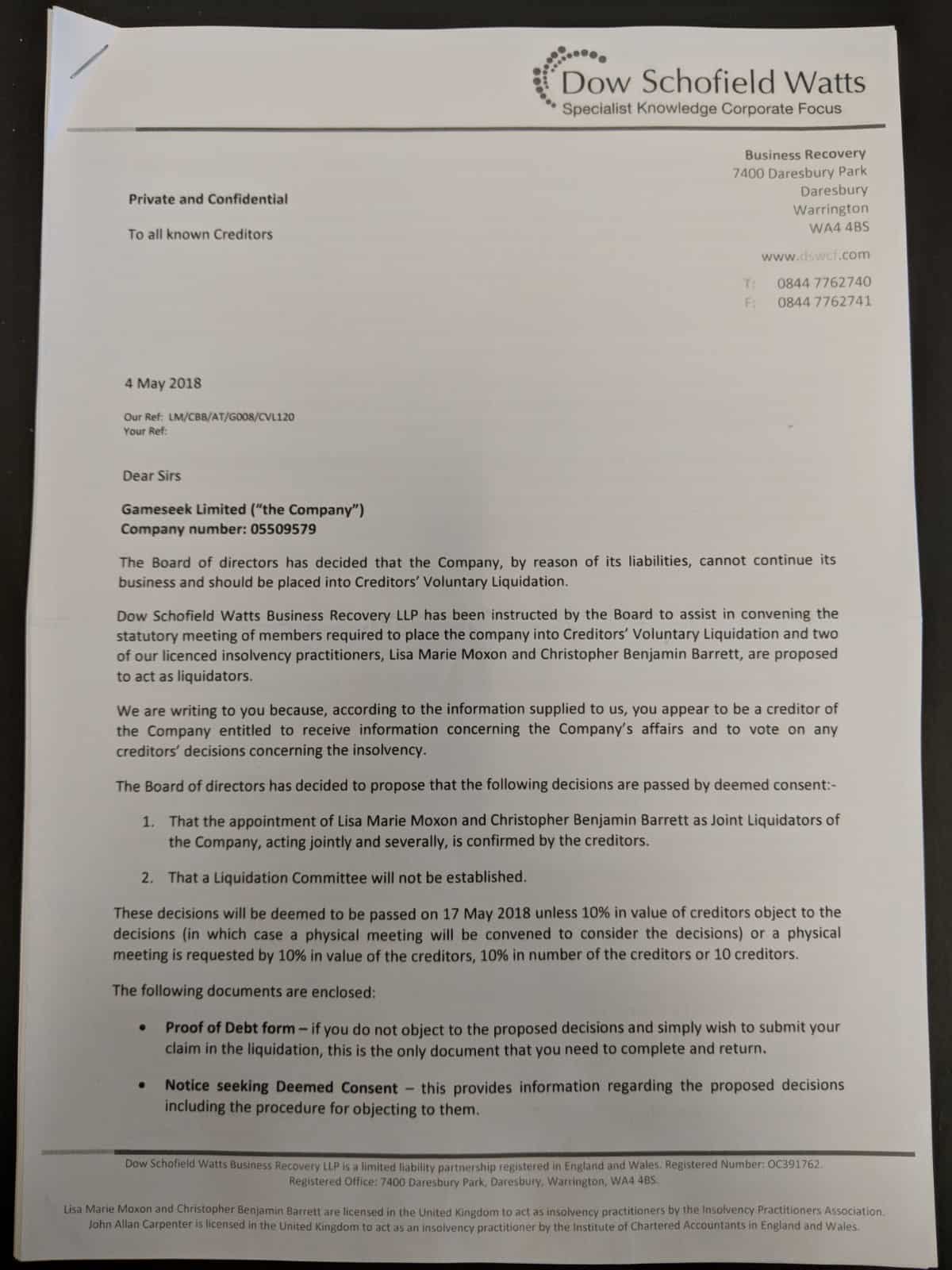 It appears some potential customers realised something wasn’t right over the May Bank Holiday weekend, when the website went down “For maintenance” a message which is still active at this time when you go to the GameSeek website.

Whilst there Twitter has not been active since the 3rd May in their replies on that day they are referencing a competition which ends in June when a winner would be picked.

So it would appear that the staff had no idea about the troubles that GameSeek were going through as the company was 100% owned by the Director Stephen Staley.

Stephen has been quiet since the news has broken with no comments made to anyone on the news of GameSeek’s liquidation.

Only a few weeks ago Stephen contributed to our Influencer series as someone with extensive time and experience in eCommerce it is sad to see an ending like this, however he openly admitted previously he was a gamer first and a Company Director second.  Could this have been the fundamental reason for the GameSeek downfall from such apparent highs only a few months earlier.

If you have ever dealt with GameSeek or are affected by the liquidation specifically head over to our Facebook Discussion Group or use the comments section below to let us know.